“Over the past 10,000 years, Homo sapiens has grown so accustomed to being the only human species that it’s hard for us to conceive of any other possibility. Our lack of brothers and sisters makes it easier to imagine that we are the epitome of creation, and that a chasm separates us from the rest of the animal kingdom. When Charles Darwin indicated that Homo sapiens was just another kind of animal, people were outraged. Even today many refuse to believe it. Had the Neanderthals survived, would we still imagine ourselves to be a creature apart? Perhaps this is exactly why our ancestors wiped out the Neanderthals. They were too familiar to ignore, but too different to tolerate.”

“In contrast, humankind ascended to the top so quickly that the ecosystem was not given time to adjust. Moreover, humans themselves failed to adjust. Most top predators of the planet are majestic creatures. Millions of years of dominion have filled them with self-confidence. Sapiens by contrast is more like a banana republic dictator. Having so recently been one of the underdogs of the savannah, we are full of fears and anxieties over our position, which makes us doubly cruel and dangerous. Many historical calamities, from deadly wars to ecological catastrophes, have resulted from this over-hasty jump.”

“Tolerance is not a Sapiens trademark. In modern times, a small difference in skin colour, dialect or religion has been enough to prompt one group of Sapiens to set about exterminating another group. Would ancient Sapiens have been more tolerant towards an entirely different human species? It may well be that when Sapiens encountered Neanderthals, the result was the first and most significant ethnic-cleansing campaign in history.”

“You could never convince a monkey to give you a banana by promising him limitless bananas after death in monkey heaven.”

“According to Buddhism, the root of suffering is neither the feeling of pain nor of sadness nor even of meaninglessness. Rather, the real root of suffering is this never-ending and pointless pursuit of ephemeral feelings, which causes us to be in a constant state of tension, restlessness and dissatisfaction. Due to this pursuit, the mind is never satisfied. Even when experiencing pleasure, it is not content, because it fears this feeling might soon disappear, and craves that this feeling should stay and intensify. People are liberated from suffering not when they experience this or that fleeting pleasure, but rather when they understand the impermanent nature of all their feelings, and stop craving them. This is the aim of Buddhist meditation practices. In meditation, you are supposed to closely observe your mind and body, witness the ceaseless arising and passing of all your feelings, and realise how pointless it is to pursue them. When the pursuit stops, the mind becomes very relaxed, clear and satisfied. All kinds of feelings go on arising and passing – joy, anger, boredom, lust – but once you stop craving particular feelings, you can just accept them for what they are. You live in the present moment instead of fantasising about what might have been. The resulting serenity is so profound that those who spend their lives in the frenzied pursuit of pleasant feelings can hardly imagine it. It is like a man standing for decades on the seashore, embracing certain ‘good’ waves and trying to prevent them from disintegrating, while simultaneously pushing back ‘bad’ waves to prevent them from getting near him. Day in, day out, the man stands on the beach, driving himself crazy with this fruitless exercise. Eventually, he sits down on the sand and just allows the waves to come and go as they please. How peaceful!”

“While people in today’s affluent societies work an average of forty to forty-five hours a week, and people in the developing world work sixty and even eighty hours a week, hunter-gatherers living today in the most inhospitable of habitats – such as the Kalahari Desert – work on average for just thirty-five to forty-five hours a week. They hunt only one day out of three, and gathering takes up just three to six hours daily. In normal times, this is enough to feed the band. It may well be that ancient hunter-gatherers living in zones more fertile than the Kalahari spent even less time obtaining food and raw materials. On top of that, foragers enjoyed a lighter load of household chores. They had no dishes to wash, no carpets to vacuum, no floors to polish, no nappies to change and no bills to pay.”

“Ever since the Cognitive Revolution, Sapiens have thus been living in a dual reality. On the one hand, the objective reality of rivers, trees and lions; and on the other hand, the imagined reality of gods, nations and corporations. As time went by, the imagined reality became ever more powerful, so that today the very survival of rivers, trees and lions depends on the grace of imagined entities such as the United States and Google.”

“The capitalist and consumerist ethics are two sides of the same coin, a merger of two commandments. The supreme commandment of the rich is ‘Invest!’ The supreme commandment of the rest of us is ‘Buy!’ The capitalist–consumerist ethic is revolutionary in another respect. Most previous ethical systems presented people with a pretty tough deal. They were promised paradise, but only if they cultivated compassion and tolerance, overcame craving and anger, and restrained their selfish interests. This was too tough for most. The history of ethics is a sad tale of wonderful ideals that nobody can live up to. Most Christians did not imitate Christ, most Buddhists failed to follow Buddha, and most Confucians would have caused Confucius a temper tantrum. In contrast, most people today successfully live up to the capitalist–consumerist ideal. The new ethic promises paradise on condition that the rich remain greedy and spend their time making more money and that the masses give free reign to their cravings and passions and buy more and more. This is the first religion in history whose followers actually do what they are asked to do. How though do we know that we’ll really get paradise in return? We’ve seen it on television.”

“Each year the US population spends more money on diets than the amount needed to feed all the hungry people in the rest of the world.”

“In the 300 years of the crucifixion of Christ to the conversion of Emperor Constantine, polytheistic Roman emperors initiated no more than four general persecutions of Christians. Local administrators and governors incited some anti-Christian violence of their own. Still, if we combine all the victims of all these persecutions, it turns out that in these three centuries the polytheistic Romans killed no more than a few thousand Christians. In contrast, over the course, of the next 1,500 years, Christians slaughtered Christians by the millions, to defend slightly different interpretations of the religion of love and compassion.”

“Large numbers of strangers can cooperate successfully by believing in common myths. Any large-scale human cooperation – whether a modern state, a medieval church, an ancient city or an archaic tribe – is rooted in common myths that exist only in people’s collective imagination.”

“most cherished desires of present-day Westerners are shaped by romantic, nationalist, capitalist and humanist myths that have been around for centuries. Friends giving advice often tell each other, ‘Follow your heart.’ But the heart is a double agent that usually takes its instructions from the dominant myths of the day, and the very recommendation to ‘follow your heart’ was implanted in our minds by a combination of nineteenth-century Romantic myths and twentieth-century consumerist myths. The Coca-Cola Company, for example, has marketed Diet Coke around the world under the slogan ‘Diet Coke. Do what feels good.’ Even what people take to be their most personal desires are usually programmed by the imagined order. Let’s consider, for example, the popular desire to take a holiday abroad. There is nothing natural or obvious about this. A chimpanzee alpha male would never think of using his power in order to go on holiday into the territory of a neighbouring chimpanzee band. The elite of ancient Egypt spent their fortunes building pyramids and having their corpses mummified, but none of them thought of going shopping in Babylon or taking a skiing holiday in Phoenicia. People today spend a great deal of money on holidays abroad because they are true believers in the myths of romantic consumerism. Romanticism tells us that in order to make the most of our human potential we must have as many different experiences as we can. We must open ourselves to a wide spectrum of emotions; we must sample various kinds of relationships; we must try different cuisines; we must learn to appreciate different styles of music. One of the best ways to do all that is to break free from our daily routine, leave behind our familiar setting, and go travelling in distant lands, where we can ‘experience’ the culture, the smells, the tastes and the norms of other people. We hear again and again the romantic myths about ‘how a new experience opened my eyes and changed my life’. Consumerism tells us that in order to be happy we must consume as many products and services as possible. If we feel that something is missing or not quite right, then we probably need to buy a product (a car, new clothes, organic food) or a service (housekeeping, relationship therapy, yoga classes). Every television commercial is another little legend about how consuming some product or service will make life better. 18. The Great Pyramid of Giza. The kind of thing rich people in ancient Egypt did with their money. Romanticism, which encourages variety, meshes perfectly with consumerism. Their marriage has given birth to the infinite ‘market of experiences’, on which the modern tourism industry is founded. The tourism industry does not sell flight tickets and hotel bedrooms. It sells experiences. Paris is not a city, nor India a country – they are both experiences, the consumption of which is supposed to widen our horizons, fulfil our human potential, and make us happier. Consequently, when the relationship between a millionaire and his wife is going through a rocky patch, he takes her on an expensive trip to Paris. The trip is not a reflection of some independent desire, but rather of an ardent belief in the myths of romantic consumerism. A wealthy man in ancient Egypt would never have dreamed of solving a relationship crisis by taking his wife on holiday to Babylon. Instead, he might have built for her the sumptuous tomb she had always wanted. Like the elite of ancient Egypt, most people in most cultures dedicate their lives to building pyramids. Only the names, shapes and sizes of these pyramids change from one culture to the other. They may take the form, for example, of a suburban cottage with a swimming pool and an evergreen lawn, or a gleaming penthouse with an enviable view. Few question the myths that cause us to desire the pyramid in the first place.” 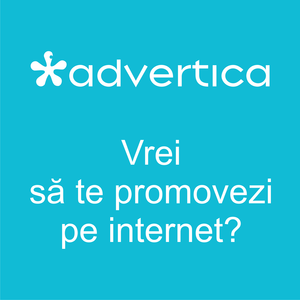 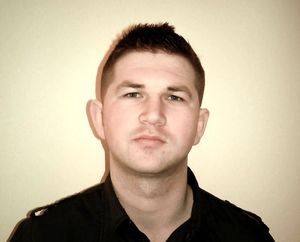